People have been eating pickles ever since the Mesopotamians started making them way back in 2400 B.C. The pickle’s popularity grew over the years with notable mention from many famous people.  Cleopatra claimed that they were the secret to her beautiful skin.  Christopher Columbus ensured that his shipmates had a pickle each day in order to fend off scurvy and Napoleon believed that a pickle a day helped ensure that his troops remained strong in battle.  And then there’s CITY BOY & his family who all love eating them on burgers, wraps, or just as a plain old snack (especially daughter).

The only problem with homemade dill pickles is that they become mushy over time.  Well…..I’m here to tell you that the days of limp pickles are definitely over for this City Boy.  No more droopy, floppy, or shriveled pickles are ever found on the shelf in this City Boy’s cantina.  My beloved wife now BOASTS about the firmness, crunch and look of her City Boy pickles every time she is caught with her hand in the pickle jar!

The reason that homemade pickles generally become mushy over time is that there is an enzyme on the flowering end of the cucumber that does not get destroyed during the canning process.  As a result, it breaks down the fibers in the cucumber over time and turns it into a soft & mushy pickle within 6 months.  We are still eating Dills from 2 years ago (I went a bit crazy on the canning that year) and they still have a good crunch.  The secret is a product up in Canada called Pickle Crisp by Bernardin (Canada’s answer to USA’s Ball).  Just 1/4 teaspoon in each quart jar will keep your pickles crisp for long past a year!

1 cup  pickling salt (Don’t use table salt.  It will cloud your brine and turn your pickles to an unpleasant color.)

Into each jar add: 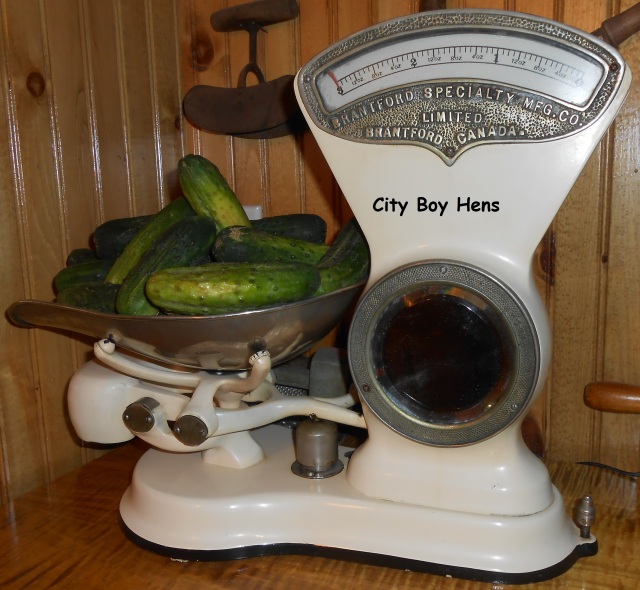 Fill your canner up with water about 2 inches higher than the height of your jars and bring the water to a boil.  This will take a bit of time.

Sterilize your jars in the oven at 225 degrees Fahrenheit  for 10 minutes and continue to keep them warm in the oven until they are needed.

Place canning seals and rings in a small pot and begin to warm them up.

In the mean time, begin making your brine solution and bring it to a boil.

Carefully remove sterilized jars from the oven and add dill, garlic, mustard seed and pickle crisp to each jar. 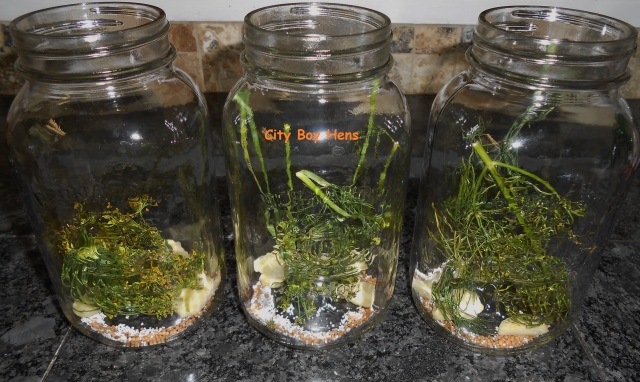 Firmly pack each jar with as many pickles as you can possibly fit into this space.  Look at it as a challenge because you don’t want those pickles to float up to the top of the jar. 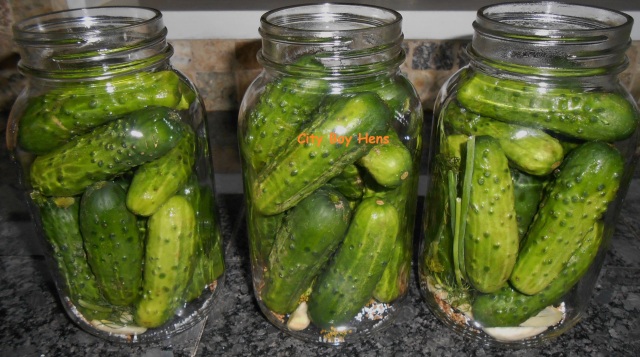 Once packed, pour the brine into each jar using a canning funnel, making sure to leave a 1/4″ head space in each jar.

Wipe the lip of each jar with a wet paper towel.  This will ensure that no residue is left on the lip of the jar which will prevent a good seal.

Using tongs, place your seals and rings on each jar.

Using canning tongs, carefully place each sealed jar into the canner and process in boiling water for 15 minutes.

Using the canning tongs, carefully remove each jar from the boiling water and leave to cool on a rack.

Soon you will hear the successful ping of each jar as it seals.  Now tuck those babies away in the cantina or cold cellar until the colder months when you’ll need a reminder of the summer!  If you can’t wait until then……just give 6 weeks to flavor! 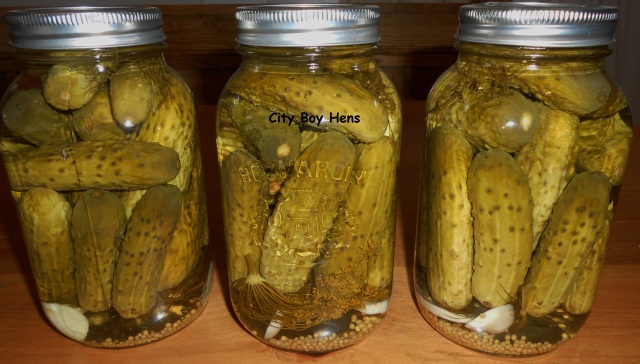 6 thoughts on “How To Make The Crunchiest Dill Pickles Ever!”