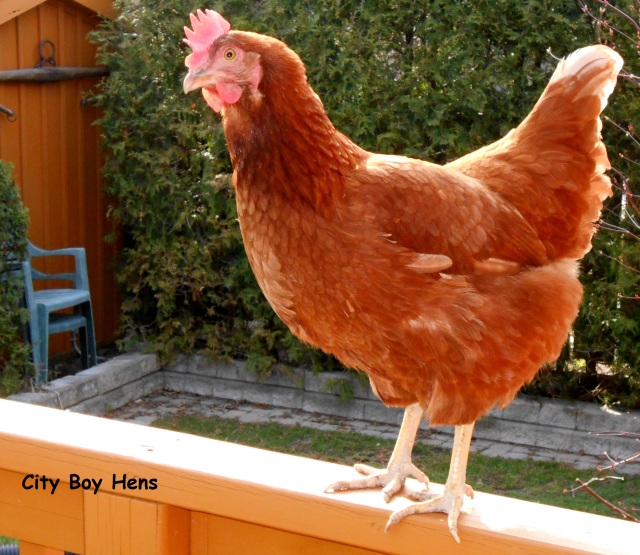 If you’re thinking about expanding your flock or getting into backyard chickens for the first time,  you will need to decide on what breed of chicken you desire.  The easiest way to answer this question is to ask yourself why you want the chickens. Do you want them because you are interested in becoming more self-sufficient?  Is a colorful flock or different colored eggs important to you?  Is there a desire to help preserve a declining heritage breed, or……….is it simply the opportunity to get fresh daily eggs?  For me, ……..it’s ALL ABOUT THE EGG and there’s no better egg producing hen than a sex-link chicken.

Now….before all you heritage breed enthusiasts send me out to the firing squad, let me say that I do applaud your desire to preserve some of these declining breeds.  I think that’s great!  Everyone should be passionate about something. It’s just that the Heritage breed “passion”  is  not for me.  I simply want enough eggs on a daily basis for my family to eat and I find that my 3 sex-link chickens meet my expectations.  We all know that the Heritage breeds lay less and generally take a break or slow down in the winter, but  sex-links consistently lay way more eggs and continue throughout the entire year.  For me,  it’s kinda like the 1972 Oldsmobile that my father drove with its 455  V8 engine which sucked gas like there was no tomorrow.  Fast track 40 years later and we’ve developed more fuel-efficient and environmentally friendly vehicles.  Sure, it’s nice to see those old cars on the road from time to time, but I’m glad that the auto industry has made more fuel-efficient cars for us to drive today.

Now, sex-links aren’t a breed.  In fact, they are a hybrid that has been crossed between 2 layer breeds.  They may  be called ISA Browns, Red Sex-Links, Shaver Browns, Cinnamon Queens, Golden Comets or Red Stars depending on the specific breeds that were used in crossing. They are all referred to as sex-links because each gender hatches out in a different color, making it very easy to determine the “boys” from the “girls”.   This is a great attribute which rules out the possibility of getting a bunch of soon to be roosters when buying some straight-run chicks from the local hatchery. But best of all, these hens generally become EGG LAYING MACHINES at around 18-22 weeks of age!  I’m not talking about 250 eggs per year like many heritage breed hens.  My 3 hens each consistently laid one egg almost every single day in their first year of production.  I know for a fact that I collected over 350 eggs that year from each of my hens.  It didn’t matter if it was 80 degrees in August or frigid temps in January or February……3 eggs almost every day! (I do supply additional light in the Winter.)  And I’m not taking about large eggs…these eggs are ginormous!  I’ve weighed some of these eggs and a few have come in at a quarter pound! 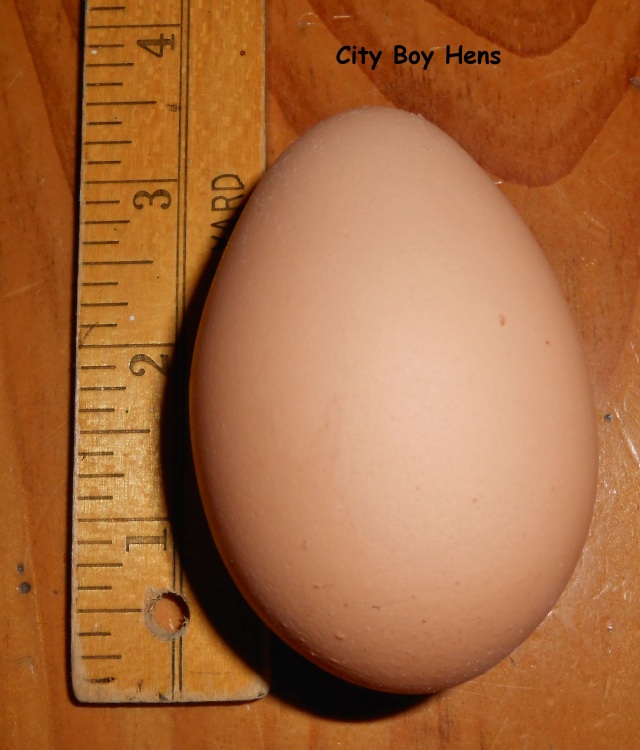 The only down side is that the eggs are soooooooo darn big that they can’t properly fit into the egg carton! Well……at least for 2 of my hens.  If you’ve “followed” me before, you may remember that I do complain about the Ping-Pong size egg that Swifer lays most days.

Anyways, I’ve had these chickens for almost 2 years now and they still continue to provide us with at least 18 eggs/wk.  They’ve all gone through a molt and it never really interrupted egg production for 2 of my hens.  There were some “bumps” in the road during the molt like a few “softies”, but no major drop in egg production that had us running out to the grocery store to buy those “other ones”.  As for temperament, these hens are pretty laid back as well.  Dominance has never really been an issue.  I can’t say I ‘ve ever seen any displays of aggression except when I introduced Rosie to the flock and Swifer gave her a good beatin’ for a few weeks.  But overall, they generally get along well….even when they’re subjected to  tight quarters like a 3 hour trip to the cottage. 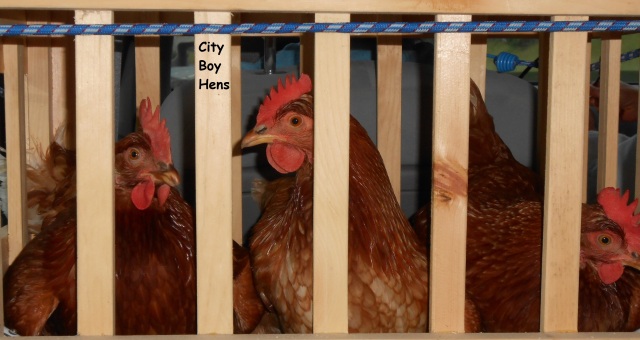 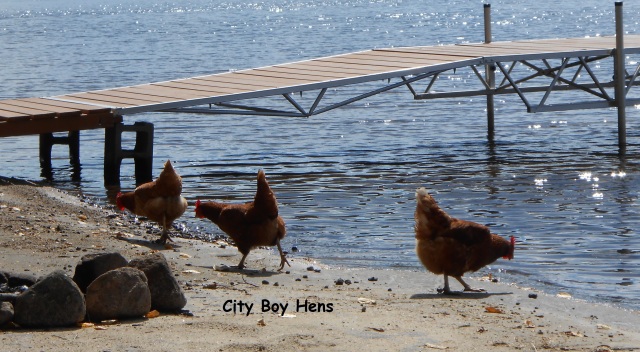 As for noise, they’re generally pretty quite.  The egg song has been an issue occasionally, and they do squawk a bit in the warmer months when they want out of the run, but by no means would I say that the level was invasive to a neighbor.  With regards to becoming broody, this has also never been an issue.

I can’t say enough good things about these ISA Brown Hens that I’ve had for the last 2 years.  Did I just get lucky?  Maybe, but I don’t think so because I have encouraged others to give these chickens a try and they always come back saying what great layers their new hens have become.

So………if you’re thinking about adding to the flock this Spring or just jumping in to backyard chickens for the first time, than I urge you to consider giving these chickens a try. What they may lack  in appearance (Don’t worry girls, I think you’re all gorgeous!) they sure make up for in temperament and egg production.

If you’d like to read more on this topic, CLICK HERE for my page on Hybrid vs Heritage Breed Chickens.

52 thoughts on “Why You May Want To Consider Getting Sex-Link Chicks This Spring!”