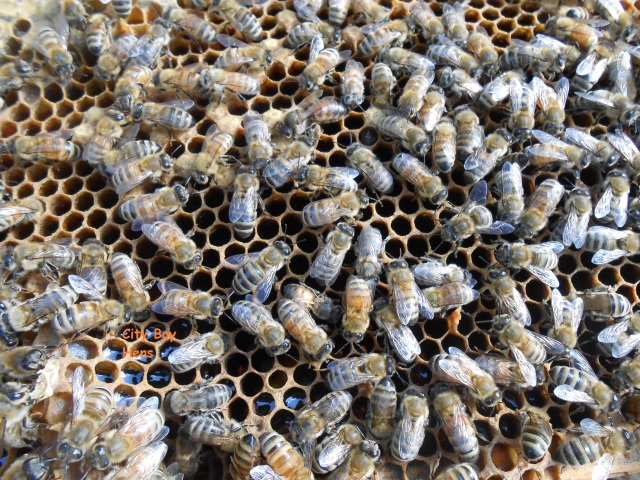 “Alright….Who said where?????”.  Okay…once more from the top.  “Ladies and Gentlemen….it is with great pleasure that I give you….THE QUEEN!” 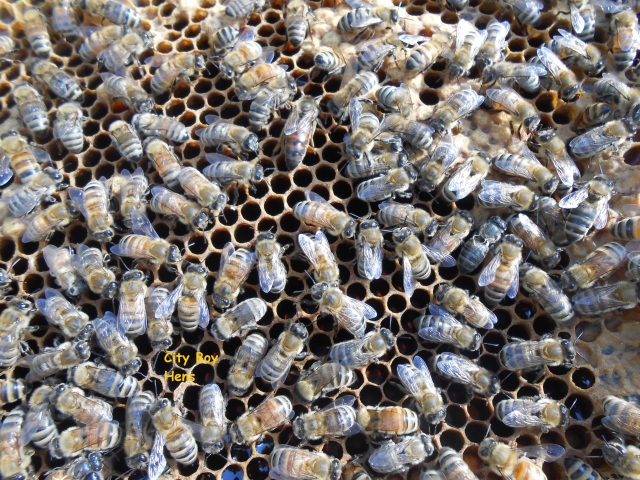 “Okay….. you win.  There…I circled her!  She’s the one that is much larger, darker and has the shortest wings. She’s a looker ain’t she!   Now…let’s  get on with the post.” 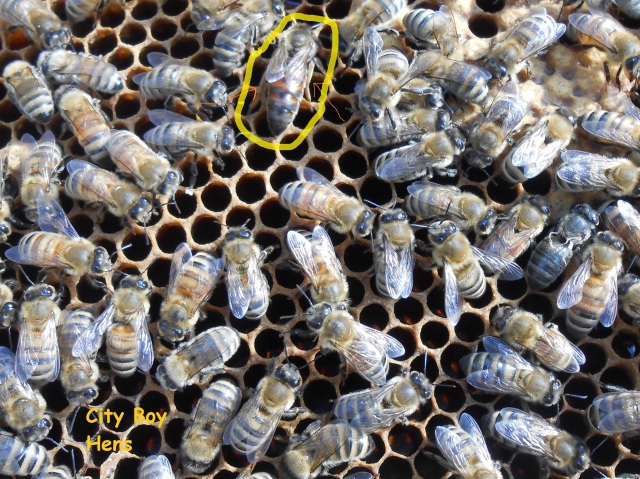 It’s been a while since I wrote about City Boy Honey.  In my last honey post (click here), my hive was built and I was just waiting for Dan (my bee mentor) to order my Queen.  For those of you who are familiar with bee keeping, you are definitely thinking that we are really late in the season to introduce a queen.  In fact, we are now in the midst of the Honey Flow as many wildflowers are  in bloom in Northern Ontario.  This is the time when the bees are really bringing in the honey. Unfortunately, Mother Nature was not too interested in giving up her arsenal of frost and cold temperatures in May and many professional beekeepers beat us to the Queen supply due to their devastating hive losses this past Winter.  As a result, local Queens were hard to come by this Spring.

With that said, the Queen arrived last week and she was placed into my hive body (bottom box) along with 100s of bees and 9 frames that were taken from one of Dan’s really strong hives. 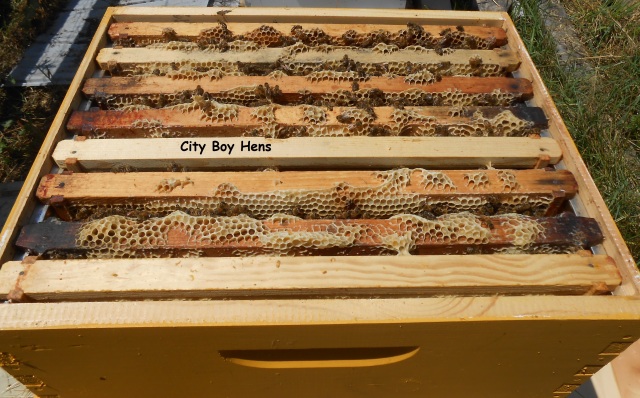 These frames are made up of a combination of comb that is already made and filled with nectar or brood (baby bees).  This will really help to give the hive a jump-start because a lot of work has already been done from the bees in Dan’s strong hive. 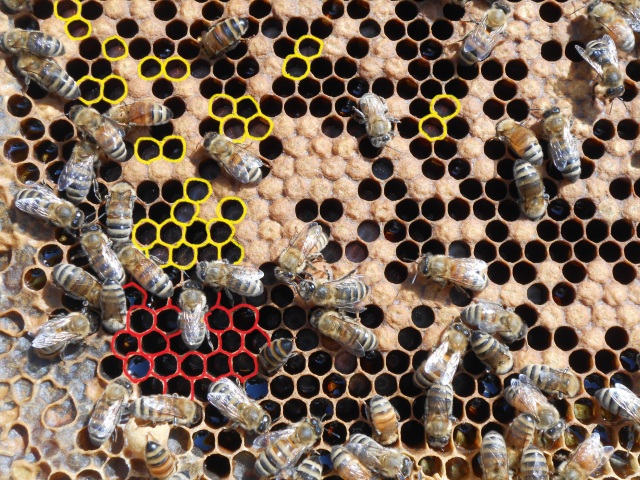 So…today we put a second hive body on my hive which contained 9 frames.  7 of those already have built up comb.  The built up comb will really help the bees because they will be able to concentrate on bringing in honey and tending to the brood rather than also having to make the honey comb.  The second hive body will also give the Queen more room to lay her eggs which will continue to increase the population of the hive.

In two weeks, I’ll get back to you on the bees.  The hope is that the bees have filled the frames in the second hive body with honey and brood.  The tell-tale sign for this will be to open the hive and see if the bees are ”working” on all the frames just as they are doing in the first hive body. 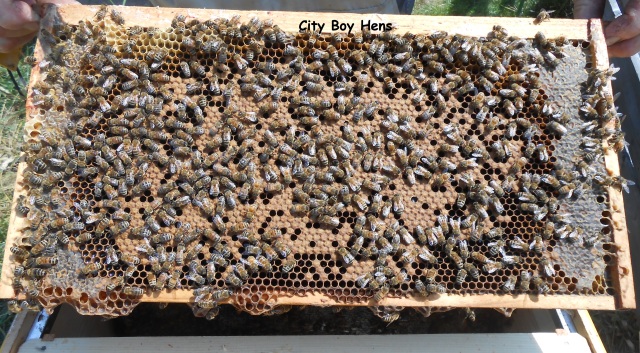 If all goes well,  a medium super (smaller box) will then be put on top of the hive body which will be strictly used for the bees to deposit  CITY BOY HONEY! In the mean time……we’ll just wait it out…….. sipping some honey cream ale from a local Northern brewery and trying to beat the heat! 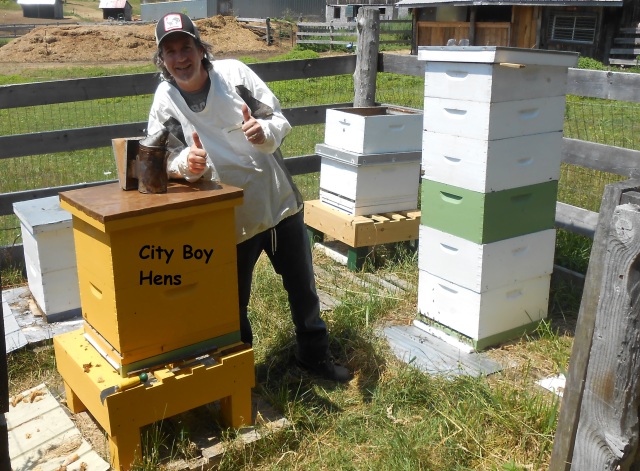 I thought of telling my wife this when she speaks about the delivery of our kids.   On second thought, maybe I’ll keep this one between you & me!